A year in the life of the Pond

It is a year since Jaime first went down to the pond when Owen and his classmates visited the farm for a school trip.

It was a beautiful day and we were amazed at the different species of wildlife we saw and the sheer number of creatures we found in the pond, one swoop of the net caught over 20 water boatmen! After such a successful visit, we thought it would be a great activity to offer our guests during the summer holidays and sure enough, many families joined Jaime every week to explore the pond and examine the trays full of life. Every week saw a new creature that we hadn’t caught the previous week and on sunny mornings we saw giant dragonflies and beautiful electric blue damsel flies as they flew around the pond and reeds.

Autumn came and as the weather was dry, we ventured down to the pond to see what might be there, if anything, now that it was much colder. To our surprise, the pond still had a lot to offer, not perhaps on the same scale of numbers, but still in variety.

In February we were even less sure of what we might find, but we needn’t have worried, as keeping with tradition, we found a new creature, a water stick insect! There were no tadpoles to be found, but it was a little early. When we returned in April for Easter, there were literally thousands and thousands of tadpoles. It was incredible, you could fill the tray with one swoop of the net! What was really interesting was the change in size from the first week to the second. When we visited the pond for the May half term, the tadpoles were huge and still in their masses.

We are really looking forward to this coming summer holidays when we can share this great experience of getting close to nature. 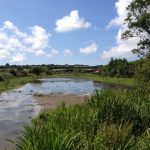 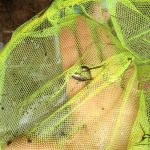 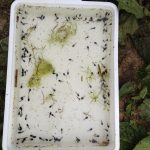 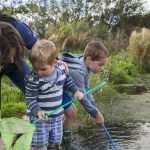 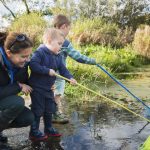 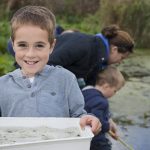 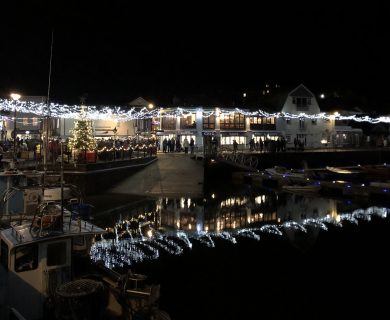 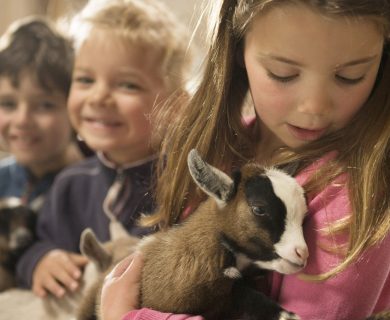 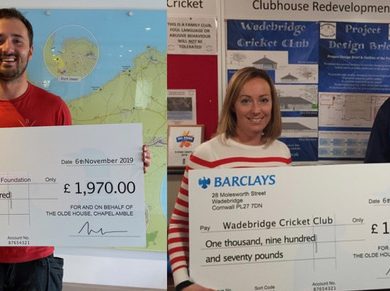